04/21/14 - (From Mana Magazine), DECLARE THE NEWS, Hawaiian focused charter schools are preparing to lead a nation. 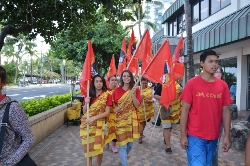 See the entire declaration, and watch a brief video of the WIPCE 2014 Conference 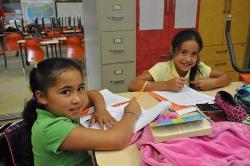 HONOLULU (August 18, 2014) – Trustees for the Office of Hawaiian Affairs have awarded a $1.5 million grant to charter schools with a special emphasis on Native Hawaiian language, culture and traditions. 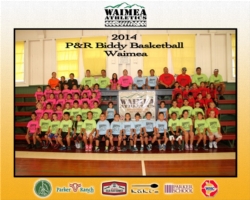 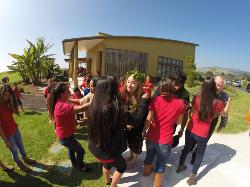 Charter School Funding is on the line and we need your help!

WASHINGTON DC (March 4, 2015) - Now is our best chance to get funding for new and expanding charter schools. The president demonstrated his commitment to charter schools by asking for $275 million, but we need you to do your part.

SYDNEY, AUSTRALIA (May 16, 2015) From KHON Channel 2 News. By Kathy Muneno.
The voyaging canoe Hokulea is on the move again. She set sail from Coff’s Harbor, Australia Saturday afternoon and is sailing south to Sydney, about 215 miles away.

Kanu o ka ʻĀina has been following Tropical Storm Guillermo as it moves closer to the islands. We are NOT expecting to close and plan to be open for school, tomorrow, Wednesday, August 5th. However, we are tracking the storm and
will notify you of any changes. Please continue to keep informed by closely monitoring NOAA weather radio and local news outlets.

WAIMEA, (August 5, 2015) - The University Center at Pālamanui and the Shidler College of Business (University of Hawai‘i at Mānoa) will host a community informational meeting in Waimea on August 13. The meeting will focus on the Distance Learning Executive MBA and the Masters of Human Resource Management (MHRM) programs offered by Shidler.
RSS Feed